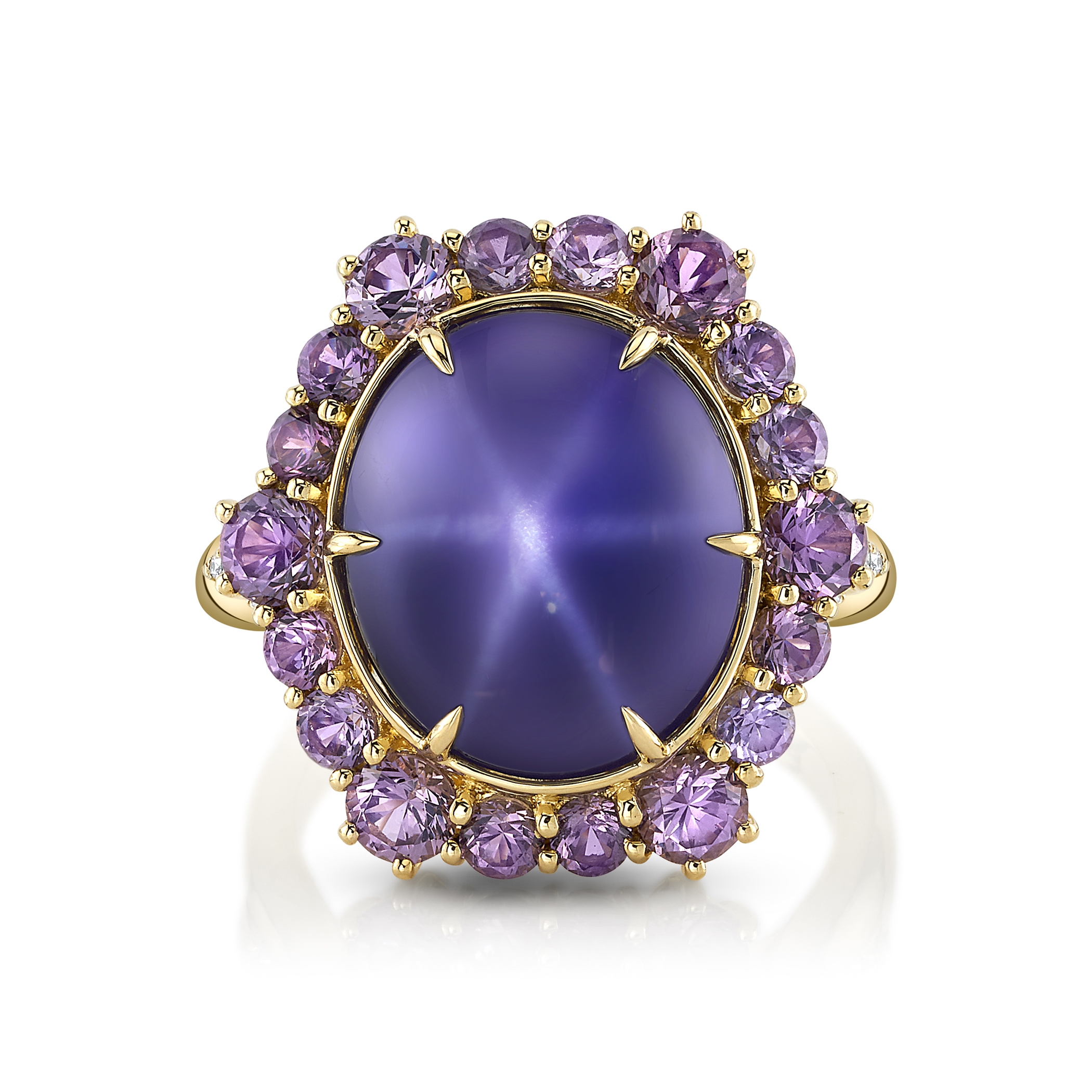 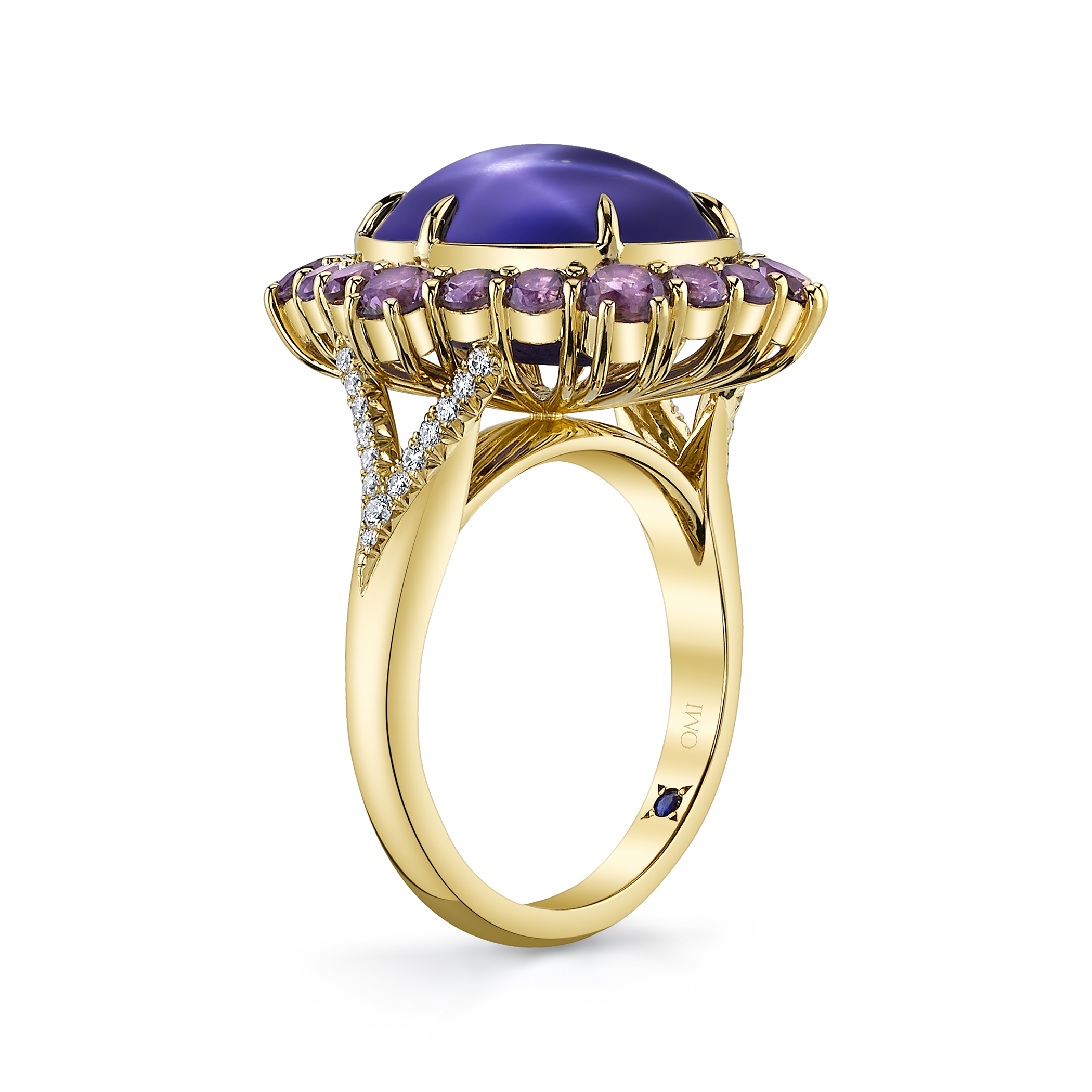 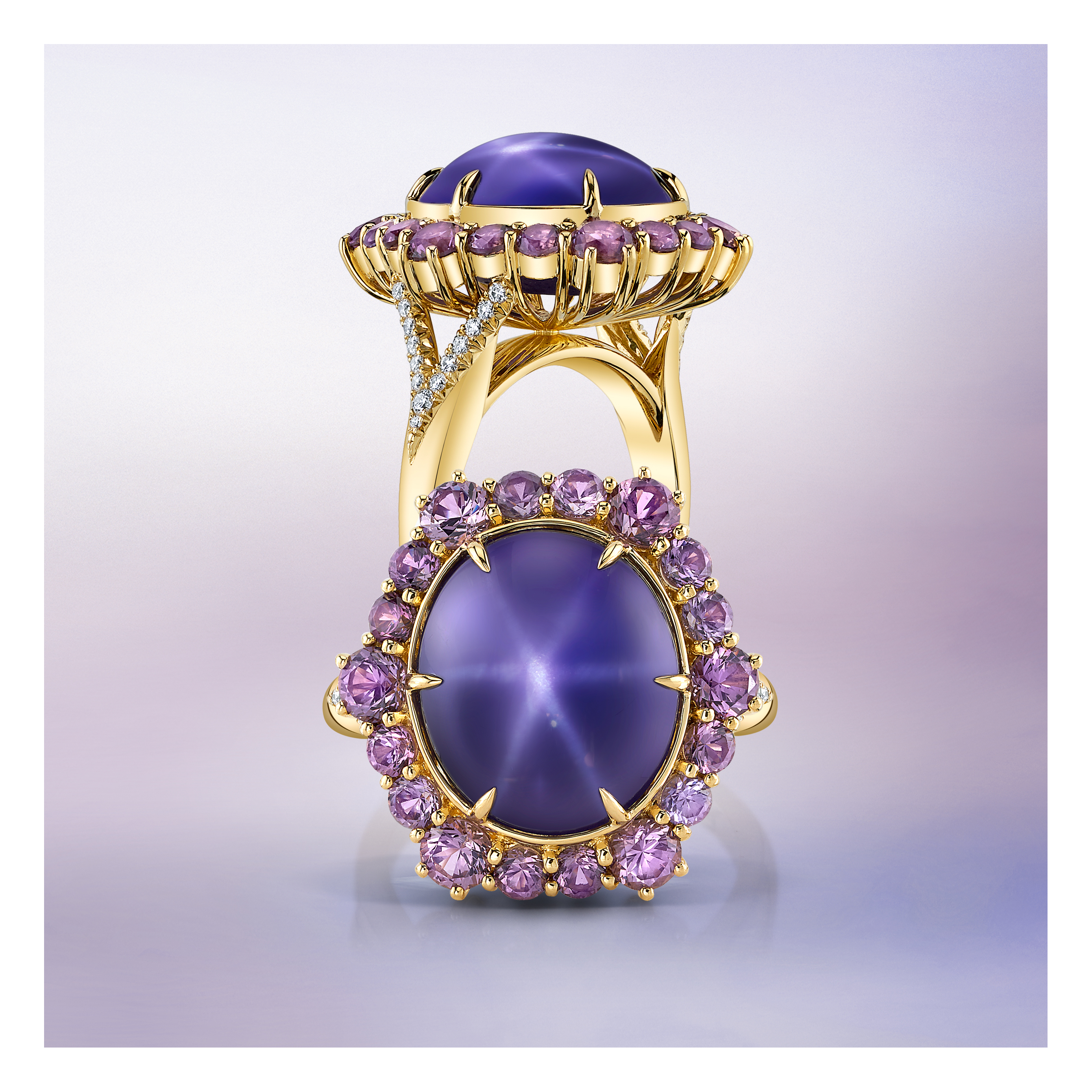 Violet spinels, which are expertly set all around, complement the purple cabochon center.

A collector's dream and a magnificent choice for a right hand ring.

Star sapphire is a rare variety of sapphire displaying asterism under specific lighting. Typically seen as a six-rayed star that floats across the surface of the cabochon. The star is caused by tiny needle-like inclusions of rutile that intersect at different angles and reflect light.

Important deposits of fine star sapphires are today mined in Australia, Myanmar (Burma), Sri Lanka and Thailand. This particular variety of sapphire is often opaque, while top quality star sapphires might be slightly translucent, due to the rutile needles, star sapphires have a silky luster.

The rays should be uniform in strength and length, reaching from one side of the stone to the other. They should be straight and not fuzzy and move uniformly with the stone. Unsurprisingly, ancient legends describe this stone as being a potent talisman, providing security and protection.

Centuries ago, in Sanskrit writings, spinel was called the daughter of ruby, adored, yet somehow different. The Crown Jewels of Great Britain are graced with spinels and have resided in the regalia of kingdoms throughout history.

Found in Myanmar (Burma), Sri Lanka and East Africa, spinel comes in a variety of colors including oranges, pinks, blues, lavenders, mauves and vivid reds. While common in sizes up to two carats, larger gemstones can also be acquired.

Spinel is thought to protect the owner from harm, to reconcile differences, and to soothe away sadness. However, the strongest reasons for buying a spinel are its rich, brilliant array of colors and its surprising affordability.

One of the most under-appreciated gemstones, spinel is coveted by collectors and gemologists for its range of hues and spectacular optical properties. Spinel was recently added as an official birthstone for August, raising its exposure to new heights. Recognized and prized for its hardness, brilliance, and unlike many other gem types, spinel is rarely treated or enhanced in any way. Many believe the name spinel comes from the Greek word for ’spark’. This name suits spinel well since it is a singularly refractive stone and is formed with cubic crystals similar to diamond, which gives this gemstone remarkable brilliance and fire.

Spinel is the birthstone for August and gift for the 22nd wedding anniversary. 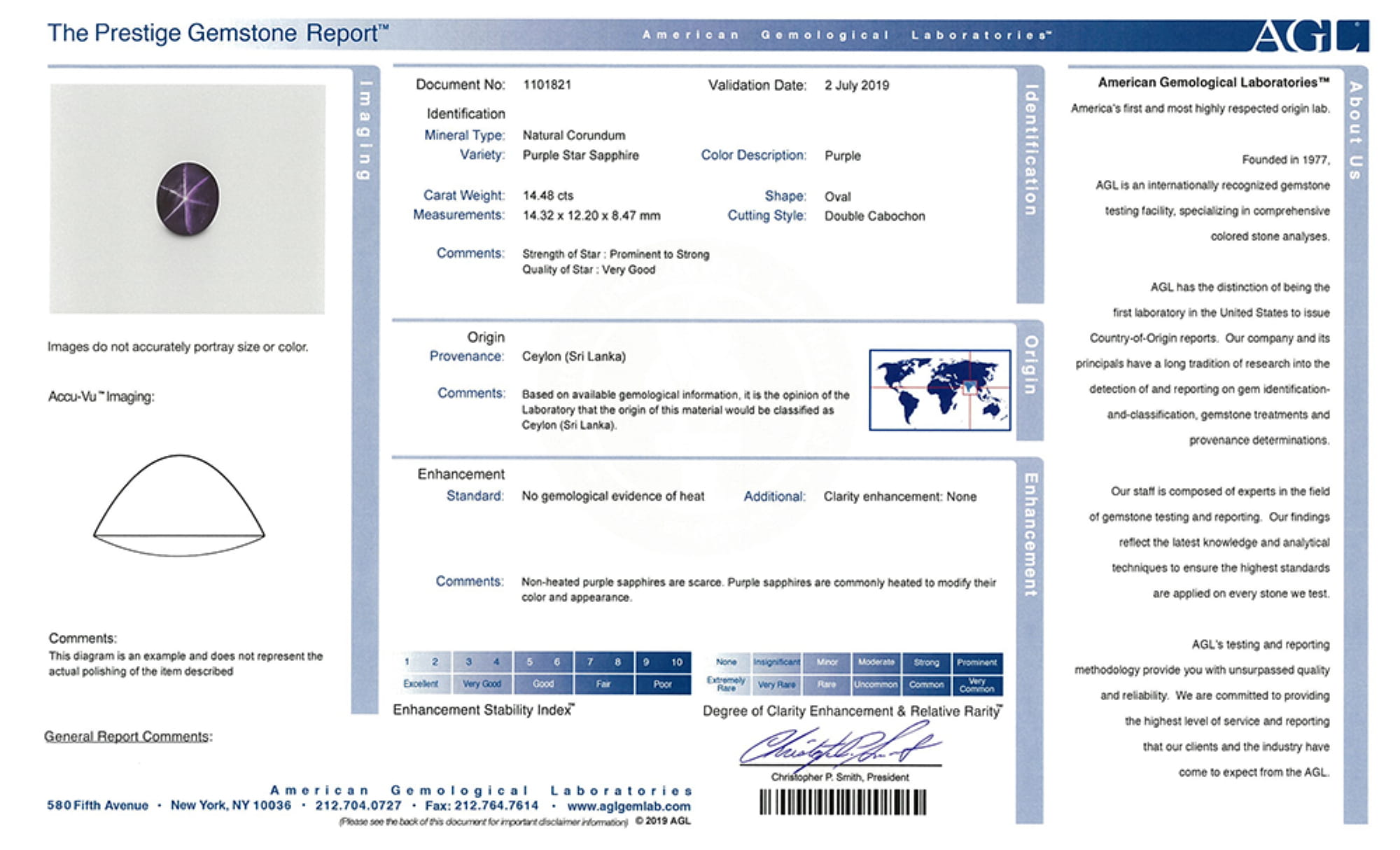